“My parents took me to picket lines when I was a child and I inherited their need to “change the world.”  As a Jewish child, I learned about my relatives in Europe whom “Hitler had killed” and how unfair it was that rich people ruled the world. As a teen, I traveled from New York to Montgomery, Alabama for the last few days of the Selma March. I felt the power of the “beloved community” to confront evil. Later, I learned about the power of “state violence” as I was beaten and jailed for demonstrating against racism and the war in Vietnam. But I also saw the power of organized people to stop it. Over the years, I’ve been inspired by the many laws and policies that community and labor organizations have fought for and won. Helping to build organizations that fight for peoples’ right to live with dignity and security is what gets me going in the morning.”

Michael Jacoby Brown’s passion is to strengthen the effectiveness of social justice organizations and to help people uncover their gifts–“what God put them on the Earth to do”–and use them. He has over thirty years of experience as a community organizer, non-profit executive director, trainer, and consultant with community, social justice, labor, religious, government, and health organizations. He’s trained hundreds of community and labor organizers who’ve gone on to lead campaigns and organizations.

Brown is the author of Building Powerful Community Organizations: A Personal Guide to Creating Groups that Can Solve Problems and Change the World. (Long Haul Press, 2007). In 1996, he founded the Jewish Organizing Initiative, where he served as Executive Director for ten years. During his tenure, he created a training and fellowship for community and labor organizers, and leveraged several million dollars to support it.

He started out as a volunteer, while teaching high school, working construction, running a community newspaper and serving as a local elected official. He’s worked as a community organizer for the Vermont Alliance, Massachusetts Fair Share, B’nai B’rith, The National Jobs with Peace Campaign, and Metropolitan Interfaith Congregations Acting for Hope, and as a trainer and consultant for numerous community, labor, religious, and government and health organizations.

Brown is currently a board member of the Union of Minority Neighborhoods (http://www.unionofminorityneighborhoods.org/) and Dunk the Vote 4Ever.  He’s also an active member of Congregation Beth El, Sudbury, MA, where he previously served on the board and as Vice President of Tikkun Olam (Social Justice).

He has a BA from Columbia University and an MPA from the Harvard Kennedy School of Government. He is married, has two children, and lives in Arlington, Mass. 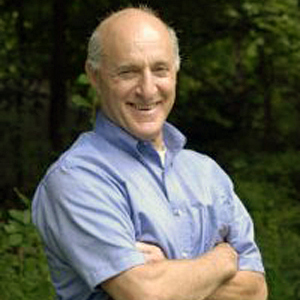 Signup for Our Newsletter